Take a look at our CURRENT VACANCIES #careers 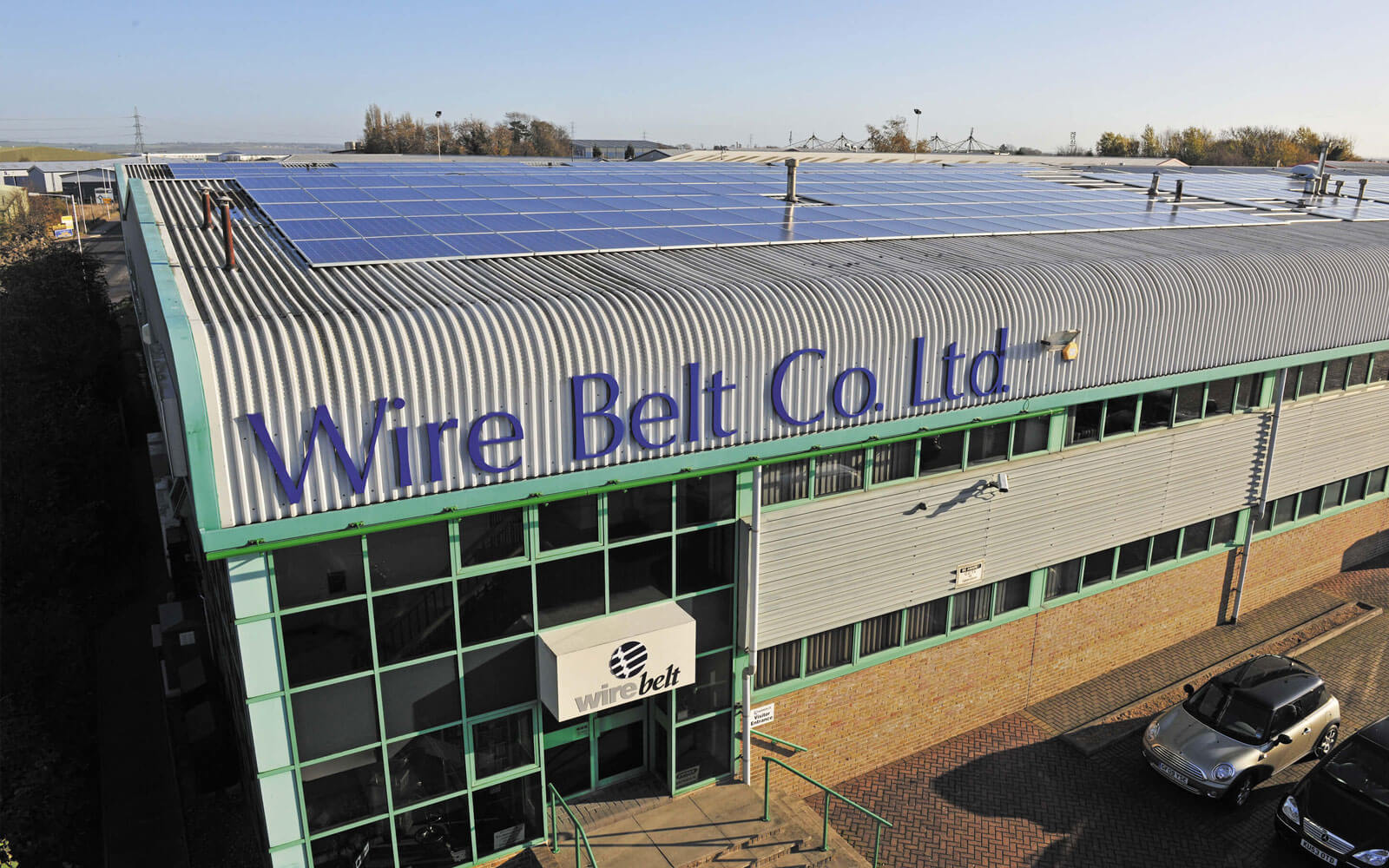 This statement applies to Wire Belt Company Limited (referred to in this statement as ‘the Company’). The information included in the statement refers to the financial year ending 31st December 2021.

Wire Belt Company Limited is a worldwide leader in metal conveyor belt manufacturing, operating from a purpose-built factory located on Castle Road, Eurolink Industrial Centre, Sittingbourne, Kent, where all employees are based. The Company is controlled by a Board of Directors.

The main activity carried out by the Company is the manufacture and sale of metal conveyor belts and conveyors to suit specific client applications and improve process efficiencies. The Company provides conveyor belts for industries such as Food Processing, Pharma, Electronics, Automotive, and more. Our first-class Customer Service and global presence means we can provide fast and simple distribution around the world. Demand for our product is consistently high throughout the year and is therefore not seasonal.

The labour supplied to the Company in pursuance of its operation is carried out in the factory based in Sittingbourne.

The Company acknowledges its responsibilities in relation to tackling modern slavery and commits to complying with the provisions in the Modern Slavery Act 2015. The Company understands that this requires an ongoing review of both its internal practices in relation to its labour force and, additionally, its supply chains.

The Company does not enter into business with any other Company, in the United Kingdom or abroad, which knowingly supports or is found to involve itself in slavery, servitude and forced or compulsory labour.

No labour provided to the Company in the pursuance of the provision of its own services is obtained by means of slavery or human trafficking. The Company strictly adheres to the minimum standards required in relation to its responsibilities under relevant employment legislation in England.

Company employees are offered a competitive remuneration package and the Company prides itself on the additional benefits it is able to offer its employees on a wide variety of platforms. It conducts staff surveys on an anonymous basis to give employees a voice on their individual employment, their department and The Company as appropriate.

In general, the Company considers its exposure to slavery/human trafficking to be relatively limited. Nonetheless, it has taken steps to ensure that such practices do not take place in its business nor the business of any organisation that supplies goods and/or services to it.

In order to fulfil its activities, the main supply chains of the Company include those related to the supply of wire and parts from various suppliers. We understand that the Company’s first-tier suppliers are in some cases intermediary traders and therefore have further contractual relationships with lower-tier suppliers.

The Company carries out due diligence processes in relation to ensuring slavery and/or human trafficking does not take place in its Company or supply chains.

The Company has not, to its knowledge, conducted any business with another Company which has been found to have involved itself with modern slavery.

In accordance with section 54(4) of the Modern Slavery Act 2015, the Company has taken the following steps to ensure that modern slavery is not taking place:

The Company has set the following key performance indicators to measure its effectiveness in ensuring modern slavery is not taking place in the Company or its supply chains.

All concerns regarding modern slavery should be addressed to the HR department, who will then undertake relevant action with regard to the Company’s obligations.

This statement is made in pursuance of Section 54(1) of the Modern Slavery Act 2010 and will be reviewed for each financial year.