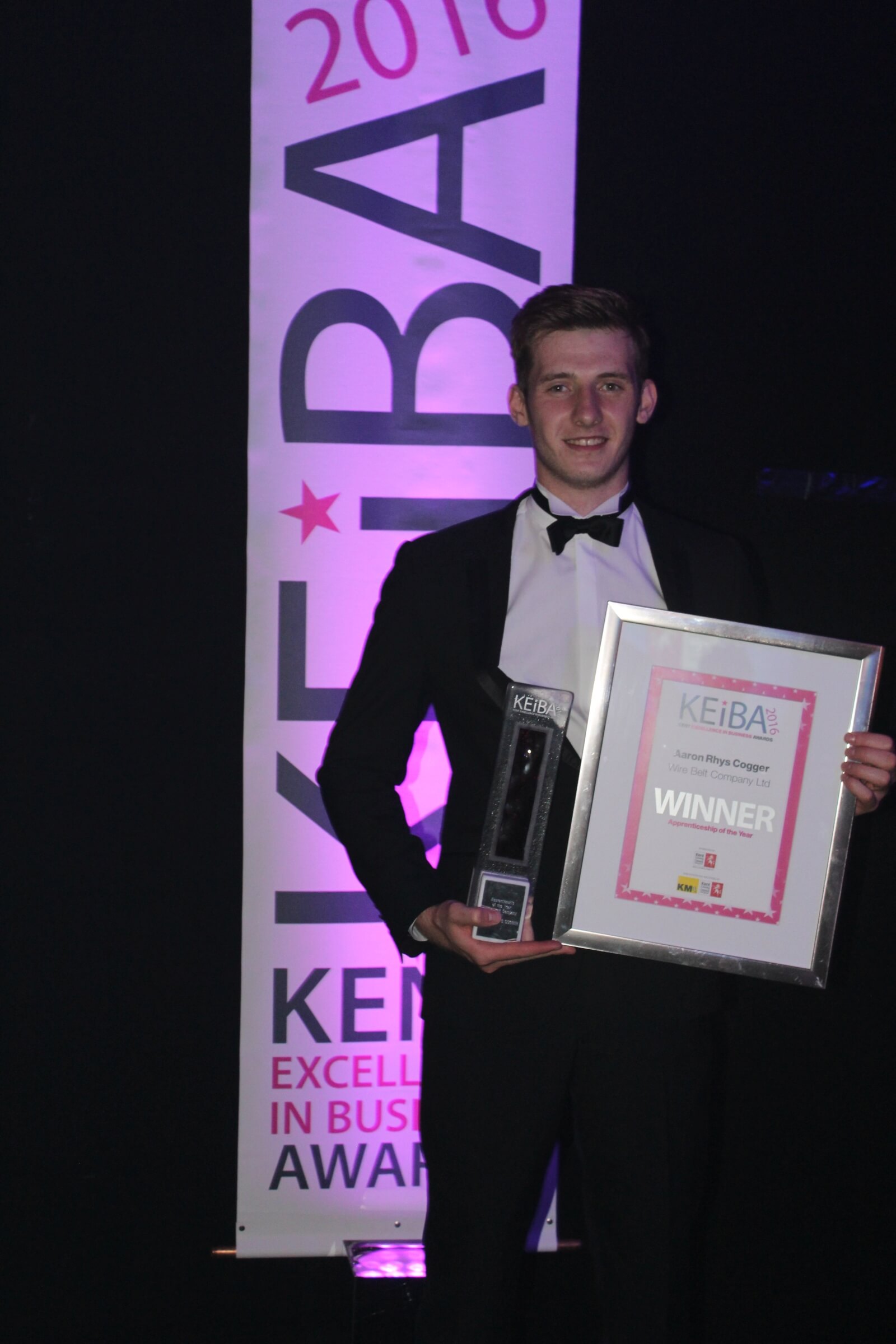 KEiBA 2016 ‘Apprenticeship of the Year’ Award !

Some former apprentices at Wire Belt Company have been working with the company for 27 years. “We try to nurture our staff.” said commercial director Gary Allen.

“We don’t just take on an apprentice and say goodbye once they have finished their course. We want to develop people as far as we can.

“We have staff who have been with us a long time because they have started as an apprentice and gone on to hold a senior role in the company.”

The latest graduate from the conveyor belt manufacturer’s apprenticeship scheme is Aaron Cogger, a 19-year-old former pupil at Chatham Grammar School for Boys.

He started his career at the business in June 2013 and finished his apprenticeship in February. He is now a machine setter.

“When I started I was put in one role to get more comfortable within the company,” said Aaron, who lives in Chatham.

“As I progressed with my work, I got to explore different bits of the business. Once I had worked in a few different areas I realised what I preferred.

“I thought after a while my job would feel like I’m doing the same sort of thing but there is always new stuff to do.”

Developing the next generation of staff is ingrained at Wire Belt Company, which has built close links with schools in the surrounding area.

“It’s important to instil that interest in companies like ours,” said manufacturing manager Paul Walsh.

The company holds exit interviews for all its apprentices, which has helped improve the programme for future new starters. Aaron is already involved in the training of new staff who join the business and has a clear progression path to higher apprenticeships and eventually through to management.

“Every apprentice we take on has a job they are focused towards,” said Mr Walsh. “We have a vision from the outset of how we are employing these people long term and developing them.

“Youngsters change over time. We have lots of different areas in the business covering production, engineering and office and if a person is leaning in a certain direction, we can enhance that role for them.

“We have a proven track record of success over the years. It is in our culture.”